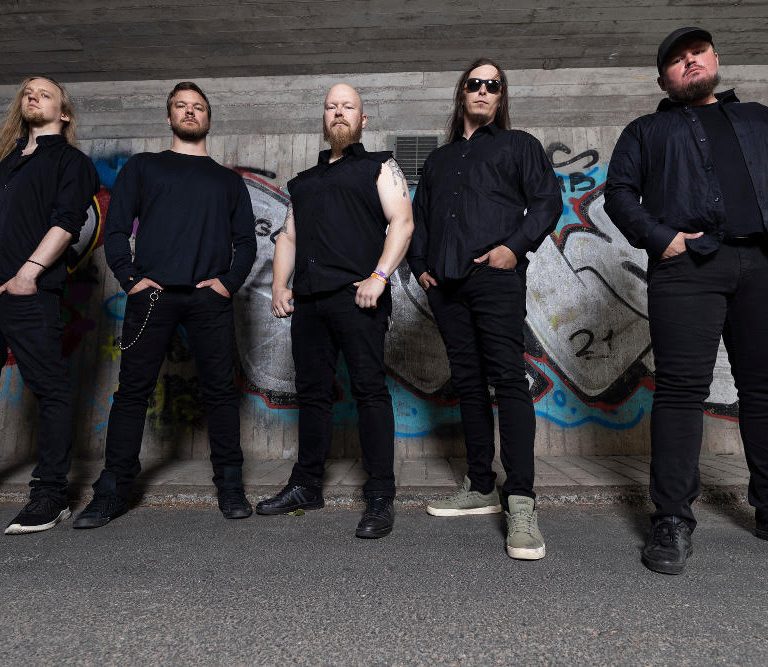 Finnish melancholic melodic death metal band Dead Serenity has released second single from their upcoming debut album. The song Evanecent is drawing inspiration from the presence of Death and the disintegration of close relationships. It’s a bittersweet expression of a search for meaning in life from which all light has been drained. Perfect for cold, dark nights when contemplating life, death and lost love.

Is a 5-piece founded in 2018. On their music the band focuses on strong melodies. On lyrics they let the full scale of human emotions and behavior carry the music from an atmosphere to another – from sensibility to ecstasy and from distress to aggression.

The band released their debut EP «Beginnings» in 2020 and the first full length «When Worlds Turn To Gray» follows early 2023.

The album was recorded, mixed and mastered by Dead Serenity’s guitarist and main composer Toni Lind. Graphics and lyric video is created by Jonas Eriksson