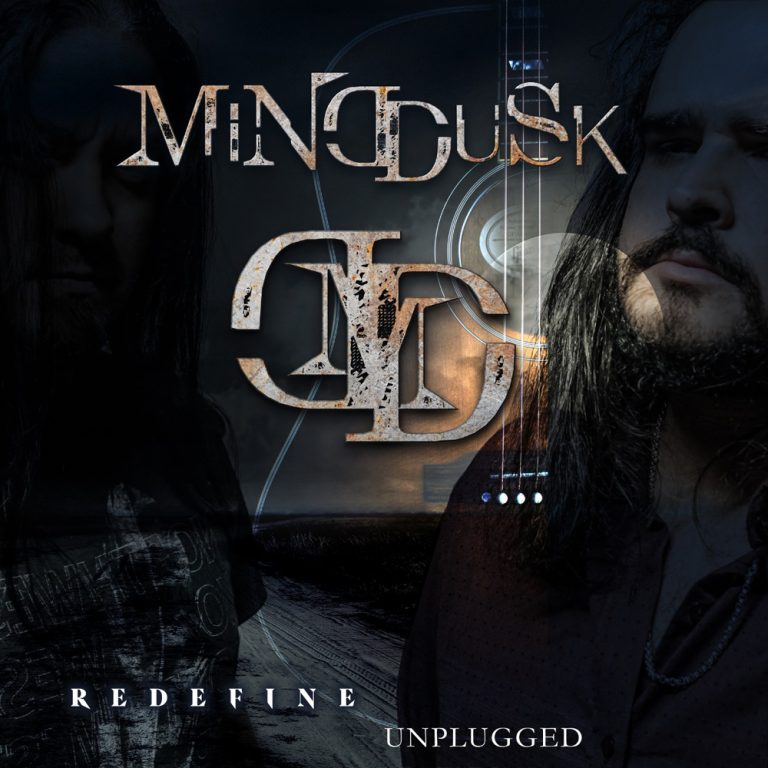 Releases single bringing back the feeling of the 90’s MTV acoustics!

The original version brought influences from the more traditional Metal (80’s and 90’s) such as Metallica and Iron Maiden, and also from the more modern Metal such as Korn, Godsmack, Alice In Chains, Sevendust and Disturbed.

The main idea of this new acoustic version was to emulate the nostalgia and the intimate atmosphere of the acoustics produced in the 90s by the now extinct MTV, bringing only voice (without the guttural parts), guitar and bass, and great references/influences of acclaimed acoustic albuns released in that decade.

«I met Fernando through an old project of friends we had in common. When I was invited by him to be part of Mind Dusk I had already sung the demo of «Redefine» in rehearsals. The electric version of the song, released last year, already has a refrain that can’t get out of your head, so in this new format we wanted to see how the song would «react» to a new, more intimate and nostalgic style. I like both, but this new one, for sure, is one of the best ideas we had and I believe we will conquer other publics outside of Metal/Rock»

«In the original electric version we had a hired bass player and drummer, but in the new acoustic version I played/ recorded all the strings and Michel did the voices. We wanted to pass on a very progressive mood, with acoustic touches, following the same line that Alice In Chains did in their acoustic works, in a very intimate way and full of ‘feeling’. I think that, modesty aside, we exceeded all our expectations»

Check out the original and electric version of «Redefine»

For fans of: Alice In Chains, Korn, Sevendust, Disturbed, Godsmack